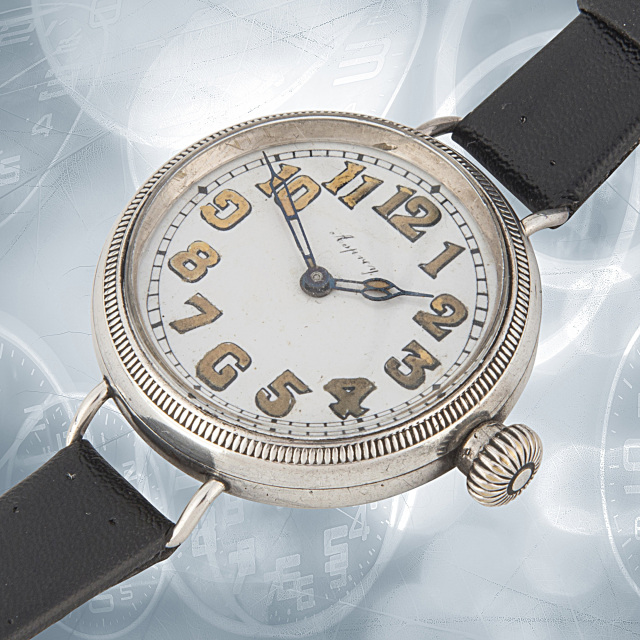 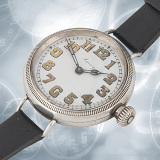 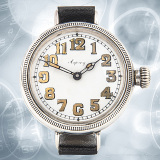 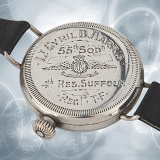 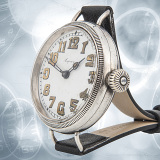 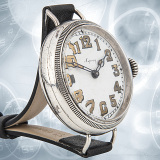 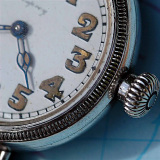 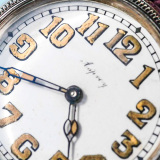 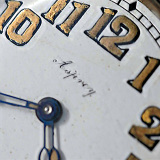 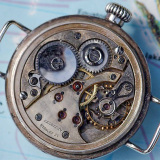 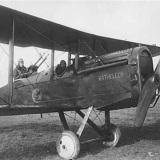 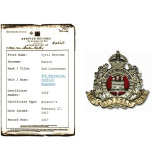 One of the most beautiful watches in my collection.

The 36mm silver case has screwed bezel front and backs.
Where do I start in describing the watch?

Well just absorb the images as they don't lie.
This watch is stunning!

The movement is running well and keeping time and is a Breguet (unsigned). Look at the screwed in Chatons, awesome!

The case back is signed 1st Cyril B Harris 55th SQD RFC 4th Res Suffolk Reg TF.
55th Squadron was formed at Castle Bromwich on 27 April 1916. It initially operated as a training unit, flying a mixture of types, including the Avro 504, Royal Aircraft Factory B.E.2 and the Armstrong Whitworth F.K.8, but in January 1917 it changed its role to a day-bomber squadron and re-equipped with the Airco DH.4, being the first squadron to receive the new light bomber.
It took these to France on 6 March that year as part of 9th Wing, flying its first bombing mission against Valenciennes railway station on 23 April 1917 in support of the Battle of Arras.It became part of the Independent Air Force as part of No 41 Wing based at Azelot,carrying out daylight strategic bombing missions against targets in Germany.55 Squadron developed tactics of flying in wedge formations, bombing on the leader's command and with the massed defensive fire of the formation deterring attacks by enemy fighters.

Despite heavy losses, 55 Squadron continued in operation, the only one of the day bombing squadrons in the Independent Force which did not have to temporarily stand down owing to aircrew losses.

Following the Armistice on 11 November 1918, 55 Squadron was briefly used to run airmail services to British forces, before returning to the United Kingdom and losing its aircraft in January 1919, formally disbanding on 22 January 1920.

More info on Cyril and regiment after images.