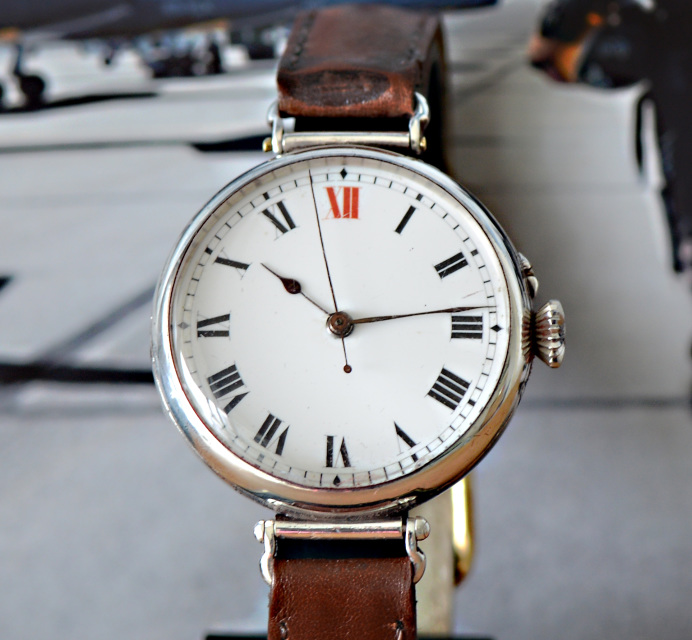 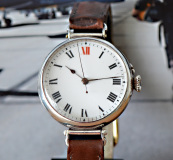 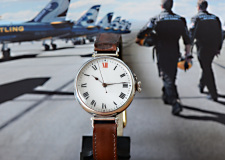 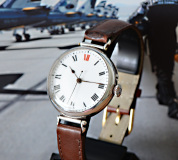 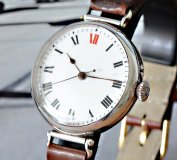 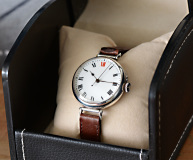 The History:As soon as Ernest Francillon opened a small manufacturing plant, which started to produce the following year, the story of Longines started in 1866.
Francillon, who was the grandson of Auguste Agassiz (a pioneer of Swiss horology whose name appears on wrist and pocket watches of high-quality), learned his trade at his grandfather's watch assembly shop, the "comptoir". He would finally become director of the shop, but this thirty-two-year old man got acquainted with the limits of the comptoir and the areas in which he would be more likely to have a better production.
The first Longines watches arrived in America in 1868. A few years later, Longines was awarded a gold medal for precision and reliability at the Universal Exposition of Vienna.
To prevent himself from imitation, Francillon decided to trademark the dials on his watches with a winged clepsydra and the word "Longines".
A clepsydra is an ancient device which measured time by marking the regulated flow of water though a small opening. Looking carefully at the centre of the Longines trademark a small box that represents this device is seen.
The company eventually departed from this procedure fairly quickly because there are several Longines watches that do not have the logo.
In 1889, Longines provided five chronometers to the Italian explorer Luigi Amedeo, who did his best to reach the North Pole.
His failure is hardly noted in history books, but the mark Longines'illuswtrious history as the watch choice by explores and adventurers.
In 1904, Longines furnished chronometers to a U.S. naval exploration of the North Polar Region. Unfortunately, Robert E. Peary was the first to reach the North Pole in 1909. Longines, unfortunately, missed the chance to be part of that event.
At the beginning of 1900s, Longines started to express an interest in gentlemen's wrist watches and joined other Swiss makers which showed the same interest as well.
The Longines Co. states that the first wrist watch was cased in 1905.
The first wrist chronographs to appear in the sports market were seen in 1910s. Moreover, Longines produced military watches for World War, some of the, with pierced shrapnel covers, "demi-hunter" cased varieties, and others for being used at sea and in the air.
Buy Now